In November 2019, A.V Hospital, a leading Laparoscopic hospital in Bangalore, took the lead to support a cause by the medical fraternity, that spoke for fair treatment and safe workplaces for doctors, especially after a recent series of events occurred all over the country where doctors were repeatedly harassed, abused and in some cases, assaulted to near-death by so called justice-seekers and social activist elements of the society. InsideOut Value Consultancy was given one day to come up with campaign content, in order to boost the cause and create awareness through social media.

What did InsideOut do to solve the challenge?

InsideOut quickly drafted a video script along with sourcing of all relevant news clippings from various media channels that covered the ongoing issue. Simultaneously, research was carried out on similar issues that were studied medically in previous years and the root of the problem was zeroed in on, and highlighted.

A petition was launched with compelling design and content that called for action. A video was created with relevant clippings and text based narrative script, in order to achieve maximum outreach.

With a huge network across various platforms, the campaign was shared and awareness was increased.

The campaign that InsideOut created, helped gain the cause huge momentum and enabled A.V Hospital to bring a serious issue to the forefront across Bangalore. The consortium of hospitals that it led, followed through with their stance and within a day, the medical fraternity was able to get justice as well as brought to limelight the lack of safety and security for doctors in workplaces. 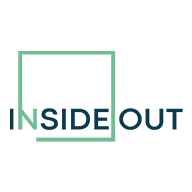